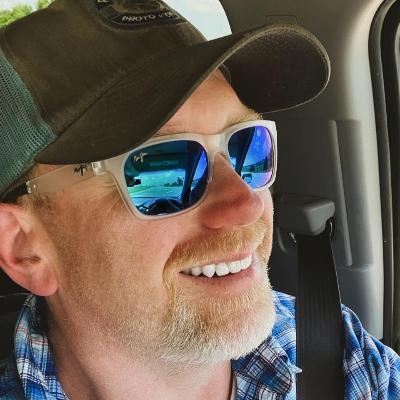 Minneapolis , Minnesota, United States
Robb is a big man, standing 6 feet 5 inches garnering him the nickname "Big Robb". He's American born, grew up in Richmond, VA, schooled in Savannah, GA. Robb earned himself a BFA in Photography from The Savannah College of Art & Design. Robb worked for newspapers, magazines and the Associated Press (AP) as a photojournalist, before his transformation to commercial photography in 2003. He now spends his time in Minneapolis, MN with his wife Misten, Son Seanix, twin daughters Leighton/Flynn, a one-eyed wiener dog named Matey and a Corgi/Cattle dog named Ruby, both of which were rescued. Robb specializes in agriculture photography, medical photography, Heathcare and industrial photography. He understands the importance of delivering a strong and consistent brand image, whether his role is photographer, or director. Robb collaborates with his clients to craft a creative vision for every shoot. With a clear concept in place, he then sets the artistry in motion. Robb works with a top-notch production team, overseeing every aspect of the shoot. He is comfortable giving the talent direction and then letting the scene unfold organically. "Image follows image. Stories unfold. Photographs tell a brand's story." Robb's work has earned him many national and international photographic awards, including one of Lurzers Archive 200 Best Ad Photographers Worldwide 2018/19 and 2020/21
www.robblongphotography.com
+ show more

A young boy waits for his mom to climb a john deere combine the early morning of corn harvest 2020.
#Agriculture #Industrial
0 comments

Corn flows into the pit as the farmer cranks the amount of flow !
#Agriculture #Industrial
0 comments
Licensable

A farmer exits her combine after a long day of helping out with the Corn Harvest of 2020. This image along with many others are available for exclusive rights licensing.
#Lifestyle #Documentary #Agriculture #Healthcare
0 comments
Licensable